Inno Africa offers the best of 5 Days Budget Camping Safari Tanzania to Lake Natron, Serengeti National Park, Ngorongoro Crater and Tarangire National Park. Your accommodation will be in budget camping sites during your safari (most of the campsites are inside the National Parks except Tarangire) 5 Days Private Camping Safari Tanzania Serengeti Ngorongoro Crater, Tarangire this tour can be arranged for different days like 2 days / 4 days /3days all these can be offered to clients who don’t have enough time to spend in bush and explore our destination.

From US   Per Person Sharing

After breakfast the Tanzania camping tour departs. First stop is Arusha Town for any eleventh hour purchases before we leave on safari. Afterwards we head towards the Tarangire park for a game drive with picnic lunch at the park. Tarangire is documented for its huge elephant population and baobab trees. It forms the centre of an annual migratory cycle that has up to 3000 elephants, 25,000 wildebeest and 30,000 zebras. Late Afternoon drive to Karatu/Ngorongoro highlands for Dinner and overnight at Ngorongoro kudu Lodge and campsite

After breakfast transfer to Ngorongoro Conservation Area, you’ll descend over 600 meters into the crater to look for wildlife. Supported by a year round water system and fodder, the Ngorongoro park supports a huge sort of animals, which include herds of wildebeest, zebra, buffalo, eland, warthog, hippo, and giant African elephants. Another big draw card to the present picturesque park, is it’s dense population of predators, which include lions, hyenas, jackals, cheetahs and therefore the ever-elusive leopard, which sometimes requires a trained eye to identify. we’ll visit Lake Magadi, an outsized but shallow alkaline lake within the southwestern corner, which is one among the most features of the crater. an outsized number of flamingos, hippos and other water birds can usually be seen here.

After breakfast, depart for Serengeti Park with picnic lunch boxes leaving the highlands behind, we descend into the guts of untamed Africa – the Serengeti Park – with its endless plains, rolling into the space as far because the eye can see. Then heard to the Central Park area, referred to as the Seronera area, one among the richest wildlife habitats within the park, featuring the Seronera River, which provides a valuable water source to the present area and thus attracts wildlife well representative of most of the Serengeti’s species, arrive late in the afternoon and enjoy game drive within the Serengeti Park.

Dinner and overnight at the Campsite
MEALS: Lunch, dinner, bed and breakfast.

After an early breakfast, enjoy enroute morning game drive towards North Serengeti. Proceed to Lake Natron via Klein’s gate, arriving late afternoon for an early dinner and over night stay. (There is an opportunity of enjoying night lake Natron sunset walk if time permits) 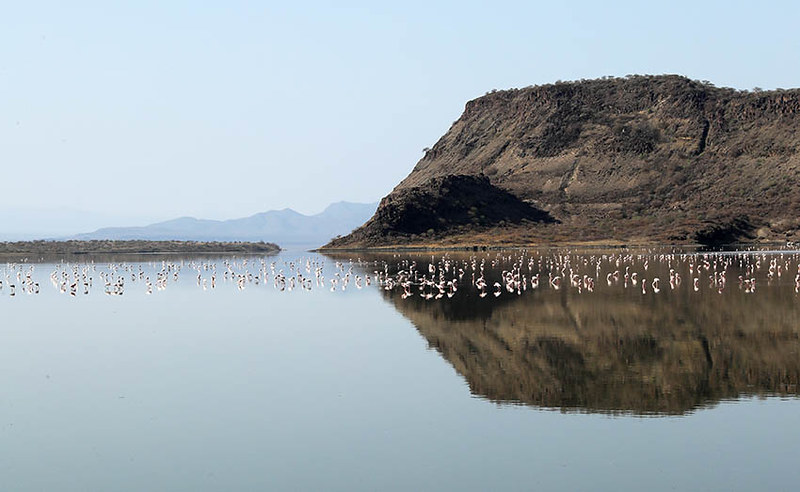 Night ascent & dawn summit bid, Oldoinyo Lengai (seismic conditions permitting). Optional waterfall hike and swim (counting on what time your flight is leaving). Thereafter drive to Arusha for Airport drop off or overnight stay. This may mark the top of Tanzania camping safari. (Extra cost for the overnight accommodation will incur)

Planet Lodge [can be arranged upon request]